There is no better way to explore without missing its major Historical sites of the Christian Highlands of North Ethiopia than this 14 Nights and 15 Days package tour. Our discovering the Grand Historical Route tour package guaranteed you to touch all the major historical cities in the North and most of them registered as World Heritage Sites. In addition, you will have a wonderful opportunity to explore the Northern Ethiopian Cultural aspects. The BATI Market every Monday with its famous Animal Market is also among one of the great opportunities that we will have in this tour package.

Let’s began the tour with the 12th-century historical Monastery of Debre Libanos and crossing to the beautiful Blue Nile river gorge and in the late afternoon, we will arrive at the naturally gifted city of Bahir Dar located on the Lakeshore to explore the iconic island monasteries of Lake Tanna, the largest lake in the country. Then, we will keep our tour to the city of Gondar for the Gondarian period kings’ castles exploration with its unique architectural styles. Amazing landscape scenery to the Semien Mountains with visiting its troops of the Gelada Baboon are also parts of this trip. Further crossing the Chain Mountains of the Semien will reach us to the ancient town of Axum where one of the old Ethiopian civilizations has been recorded. We continue our journey to explore the remarkable rock-hewn Churches of King Lalibela and then proceed to the weekly market of Bati after staying in Kombolicha and drive back to Addis Ababa.

ADDIS ABABA ARRIVAL AND CITY TOUR
On arrival in Addis Ababa, you will be met at the airport and transferred to the hotel. Addis was founded in 1886 by Menelik II, and situated at an elevation of around 2438m which makes it the third-highest capital city in the world. Addis Ababa enjoys an excellent climate all year round, with an average temperature of 25°C. we will start our site-seeing by National museum which houses some of the country’s historic treasures. The collection of fossils and bones of early hominids discovered in Ethiopia include the 3.5 million-year-old remains of ‘Lucy’, the oldest hominid ever found. Proceed to visit the two major highlights of the city, the Ethnographic Museum and the church of the Holy Trinity, Ethiopia’s main cathedral and home to the remains of the last emperor, Haile Selassie.

DRIVE TO BAHIR DAR
After breakfast drive to Bahir Dar via Debre Markos a total of 565 km and on the way after 103 km drive, visit the 13th C monastery of Debre Libanos which founded by Tekle Haymanot. Further down, you will enjoy the fabulous Blue Nile Gorge, which spans altitudes of around 2,500 to 1,200 m, is comparable in scale to America’s Grand Canyon. After lunch in Debre Markos, keep driving through the beautiful scenery and Amhara peoples’ villages. In the late afternoon arrive in the Bahir Dar and check-in to the Hotel.

BAHIR DAR – VISITING THE BLUE NILE AND LAKE TANNA
Full-day visiting in Bahar Dar, capital of the Amhara region situated on the shores of Lake Tana, the largest lake in the country. Bahir Dar is one of the best well-planned cities in Ethiopia. This morning we take a boat trip on the lake to learn the secrets held by the monasteries and churches on the islands. We will visit Ura Kidane Mihret church on the Zeghie peninsula. Under the thatched roof are some distinctive colorful paintings of religious scenes, and an impressive display of illuminated bibles written in Ge’ez, the religious language from which Amharic is derived. In the afternoon we will visit Tississat Falls, Amharic for ‘water that smokes’ located about 32km south of Bahar Dar. Due to a nearby hydro electrical power scheme, the waterfalls can no longer be guaranteed to be in full force.

DRIVE TO Gondar (UNESCO – WORLD HERITAGE SITE)
This morning we drive for the 3-31/2 hour (185km) north to Gondar, the former capital of Ethiopia. Gondar has now become one of Ethiopia’s largest and most impressive cities, with its walled Royal Enclosure. Gondar’s most famous monuments are its exceptionally well-preserved 17th-century castles. The largest and best is that of King Fasilidas. It is a stone-built construction with round turrets and wooden balconies. The king also built a remarkable bath a mile or so outside of town known as the ‘Pavilion of Delight’. The Bathhouse of Fasil at which thousands of Ethiopians celebrate the Timkat festival every January. This whole complex of buildings is unique in Ethiopia and unlike anything found elsewhere in Africa. This afternoon we’ll also make a visit to the Debre Birhan Selassie church (Light of Trinity) with its sensational angelic ceiling and mural.

SIMIEN MOUNTAINS (UNESCO – WORLD HERITAGE SITE)
After breakfast, we drive to Debark on the edge of the Simien Mountains. In the late morning, we drive up into the mountains for some spectacular views of this unique ecosystem. We take an optional 1.5hr walk, mostly flat or downhill, and hope to see the endemic Gelada baboons, Klipspringers, Lammergeyer vultures, and bushbuck. The scenery is truly breathtaking and there will be time for a walk around the Sankaber region of the National Park. The maximum altitude we reach is 3250m.

SEMIEN MOUNTAINS TO AXUM
After morning breakfast, continue on the rugged road for a full day’s drive to the ancient city of Axum via the lowlands of the Simien Mountains and Tekeze River gorge. Though this is a long drive the spectacular views make time slide away. This full-day drive affords some excellent photo opportunities of this dramatic landscape. In the late afternoon after checking into the hotel, there will be time to relax in this town that was once the capital of a large empire.

AXUM (UNESCO – WORLD HERITAGE SITE)
Axum is the seat of the ancient capital of the Kingdom of Axum, which was once one of the most powerful in the ancient world. Located at the center of the trading routes between the Mediterranean and India, and the great port of Adulis on the Red Sea, it was economically, politically, and technically advanced and at times had control over both sides of the Red Sea. Axum is also the origin of Christianity in Ethiopia and believed to be the resting place of the Ark of the Covenant. The old church of St Mary of Zion was the first church to be built in Sub-Saharan Africa around 330AD. Its ruins can be seen in the precinct of the church compound. We visit the famous monolithic stelae of Axum, the tallest one still standing reaches over 21 meters and the greatest one of them all, once 34 meters high now lies toppled on the ground. However, it is still the largest monolith ever erected by man. The subterranean tombs, stone inscriptions of ancient Axumite kings, and the small archaeological museum are also living witnesses of the ancient Axumite history. We will also visit the ruined palace of the Queen of Sheba who is said to have given birth to Menelik the First, fathered by King Solomon, the founder of Ethiopia’s ruling family until the late Emperor Haile Selassie.

DRIVE AND VISIT YEHA AND ADWA; CONTINUE TO GHERALTA
Today we head east from Axum to Yeha, said to be Ethiopia’s oldest settlement, probably dating back almost 3,000 years. A large temple, dedicated to the moon god Ilmuqah, is related to other pagan temples to the same god in Yemen, indicating connections across the Red Sea from the earliest times. The temple was later converted into a church in the 6th century, but still has wonderful friezes of ibex carved into the façade. We shall also make a visit to the important town of Adwa, set amidst rugged mountains. It was at Adwa that the Ethiopians became the first African nation to repel a colonial power when they defeated the Italian army in 1896. Since then, Ethiopia has been a symbol of African independence, free from European control. This afternoon we continue to the town of Adigrat.

VISIT TIGRAY CHURCHES; CONTINUE TO MEKELE
Today we will explore this rarely visited corner of Ethiopia and discover the remarkable Rock-cut Churches in this region. These architectural gems were created prior to the 16th century and unknown to the outside world until the 1960s. About 150 are now known to be in existence with all but a handful still in active use by the Orthodox Christian community. We look to explore two clusters including Abreha We Atsbeha and Degum Selassie at Gheralta and the sandstone church of Chirkos at Wukro with its cruciform pillars and a barrel-vaulted ceiling. In the afternoon enjoy the wonderful serenity of the Tigray landscapes and proceed to the town of Mekel.

DRIVE TO LALIBELA
We have a full day’s drive through the stunning countryside that takes us due south, between the mountains to the west and the stark landscape of the Danakil Depression to the east to arrive at the remarkable archaeological site of Lalibela.

VISITING LALIBELA (UNESCO – WORLD HERITAGE SITE)
This morning we will start visiting the first cluster of Lalibela’s rock-hewn churches. Lalibela, the ‘New Jerusalem’, thought to have been constructed some 800 years ago by King Lalibela. Although churches carved in the rock are found in other parts of the world, those found in Ethiopia are particularly interesting. Generally, they were excavated on all sides of a rectangle, leaving a large block of granite isolated in the center. This rock was then shaped and formed both inside and out and the carvings show extremely skillful workmanship and they have been classified as one of the wonders of the world. Each church has a unique architectural style and all are superbly carved. There are 11 rock-cut churches of which the most impressive is Bet Giorgis. It is carved in the form of a Greek cross and is exceptionally well preserved.

LALIBELA
Today we will visit the church of Yimrhane Kristos. This exquisite church, a masterpiece of Axumite wood and stone construction is renowned for its interior decoration, it’s beautiful wooden coffer ceiling inlaid with hexagons and medallions with both figurative and geometric motifs. Drive back to Lalibela. In the afternoon, we will visit the remaining rock-hewn churches of Lalibela that include the churches of Bete Gabriel and Rafael, Mercurous, Emanuel, and Abba Libanos. Bete Emanuel is the best in this group and exceptionally carved with unique Axumite building features, such as the indentations on the walls, symbols of the multi-story building taken from the stelae of Axum, monkey heads, and false windows. Overnight in Hotel.

DRIVE TO KOMBOLICHA
After breakfast drive to Kombolicha and on the way we will have a stop to visit the famous Lake Hayek and the ancient church of Hayek Estifanos and keep driving to Kombolicha.

KOMBOLCHA – BATI MARKET
This morning we will drive to Bati to visit the renowned Monday market. Lying between the Central Highlands and the Rift Valley, Bati is an important crossroads for the Amhara, Oromo, and the semi-nomadic desert-dwelling Afar people. The weekly market brings together over 20,000 people and hosts Ethiopia’s largest cattle and camel market and is a fantastic insight into Ethiopia’s cultural diversity. Drive back to Kombolicha.

DRIVE BACK TO ADDIS ABABA
In the morning you will drive to Addis Ababa through the very interesting Landscape and before arriving at Debre Birehan Town we will have a viewpoint to admire the landscape variation of the central Highland with the Great Rift Valley and continue to Debre Birehan town for lunch and proceed to Addis Ababa. In the evening we will have a farewell dinner party in one of the best traditional restaurants with traditional Music and live dances over the stage from different ethnic groups of the country. Then, evening transfer to the Airport for your departure to your Home. 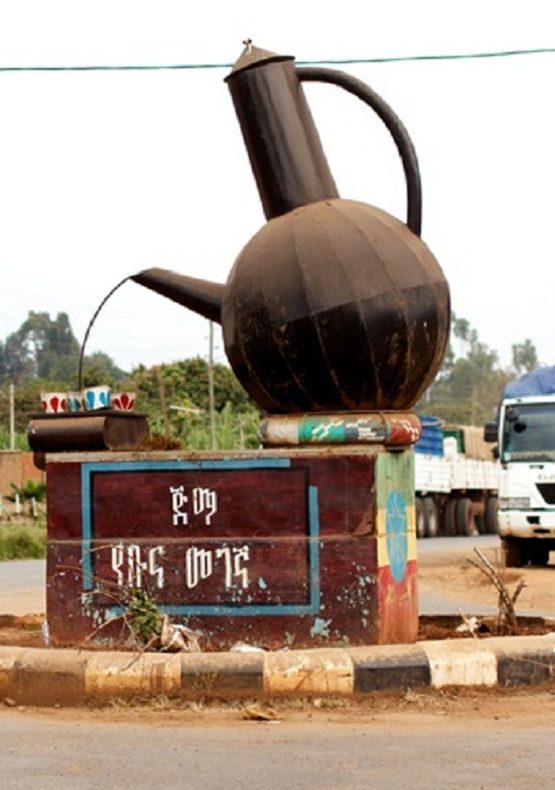 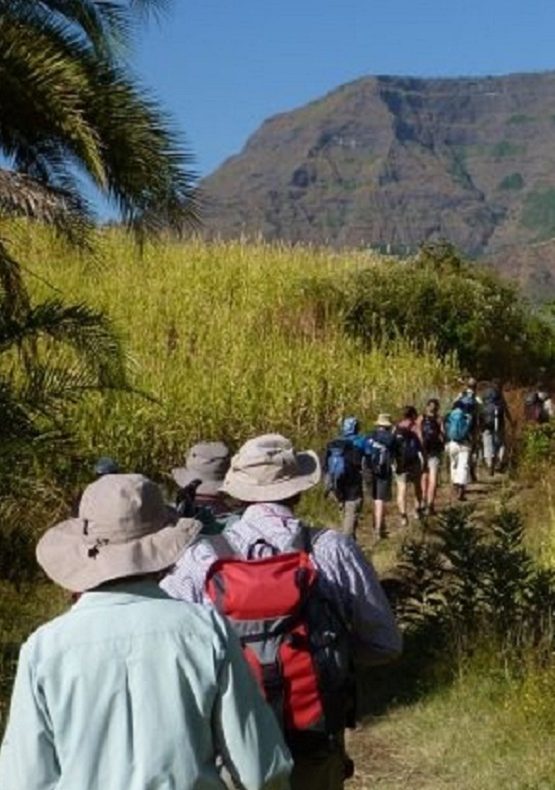 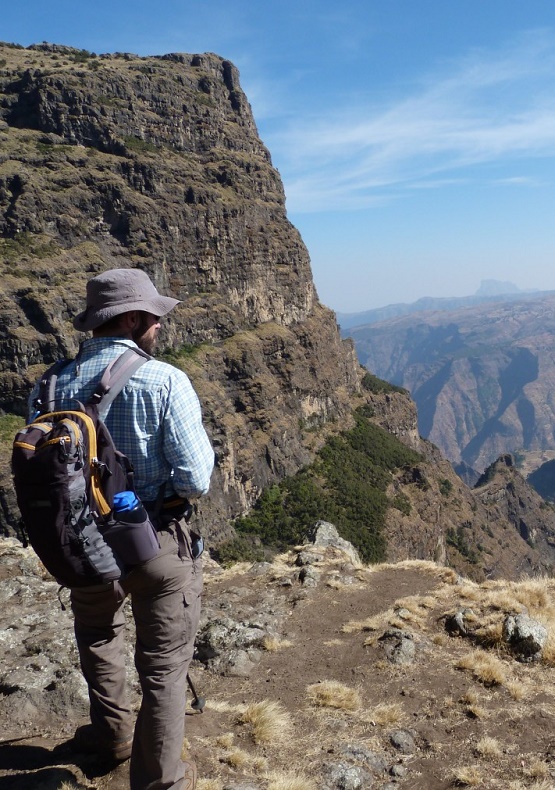 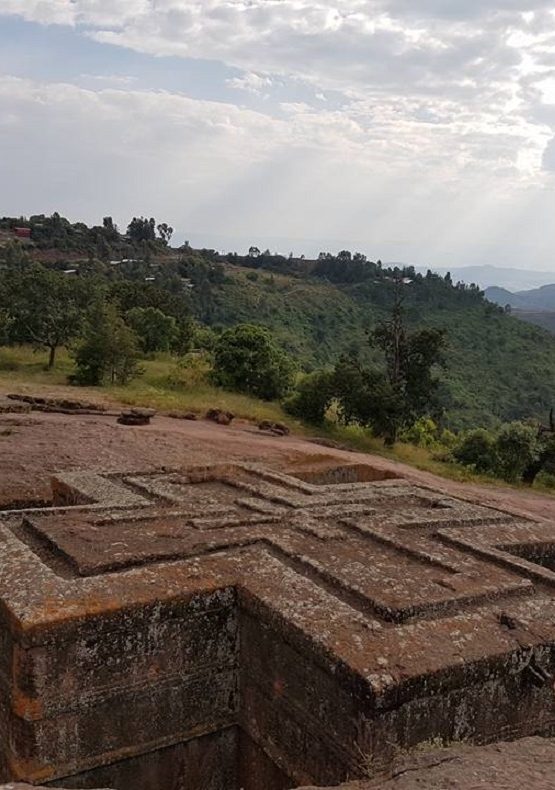